Derek Chauvin Murder Trial: What Brits Need To Know About The Case

Closing arguments at the trial of former police officer Derek Chauvin are set to conclude on Monday.

The ex-cop is accused of killing George Floyd last year by kneeling on his neck for nearly nine minutes. Video footage of the incident sparked international Black Lives Matter protests against racism and police brutality in May last year.

Chauvin is one of four officers charged in Floyd’s death. The three other former officers, Thomas Lane, J Kueng and Tou Thao, are charged with aiding and abetting.

The trial has been held at the courthouse in downtown Minneapolis, which has been fortified with concrete barriers, fencing and barbed and razor wire.

Chauvin’s defence team rested its case on Thursday without putting Chauvin on the stand. The 45-year-old, from Minneapolis, invoked his so-called “fifth amendment” right not to take the stand – in other words, his right to stay silent rather than potentially incriminate himself.

“Is this your decision not to testify?” Judge Peter Cahill asked.

“It is, your honour,” Chauvin said.

Chauvin, 45, is charged with murder and manslaughter. His case is that he arrested Floyd on suspicion of passing a counterfeit $20 note at a neighbourhood market. 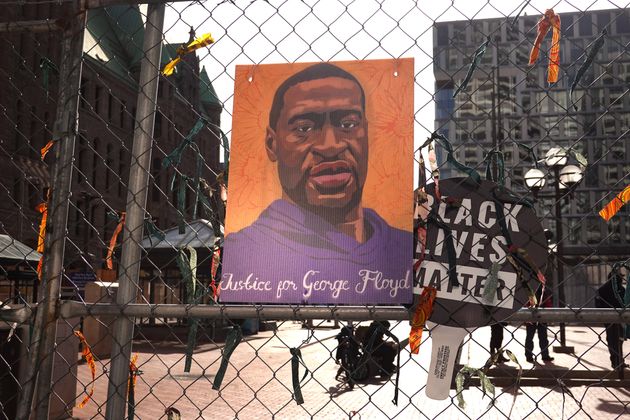 Prosecutors say Floyd died because the white officer’s knee was pressed against Floyd’s neck or neck area for nine and a half minutes as he lay on the pavement on his stomach, his hands cuffed behind him. Footage of the incident revealed Chauvin held his position even as Floyd’s “I can’t breathe” cries faded and he went limp. (Originally it was thought this lasted for eight minutes and 46 seconds but newly reviewed bodycam footage suggests it was even longer.)

Chauvin has been on trial since March 29. Here’s what you need to know from the testimony.

The decision not to testify was announced a day after a forensic pathologist testifying for the defence suggested that Floyd could have died of a sudden heart rhythm disturbance as a result of his heart disease.

That contradicted prosecution experts who said Floyd succumbed to a lack of oxygen from the way he was pinned down.

The defence witness, Dr David Fowler, said on Wednesday that the fentanyl and methamphetamine in Floyd’s system, and possibly carbon monoxide poisoning, were contributing factors in the 46-year-old Black man’s death last May.

Dr Fowler also testified that he would classify the manner of death “undetermined”, rather than homicide, as the county’s chief medical examiner ruled. 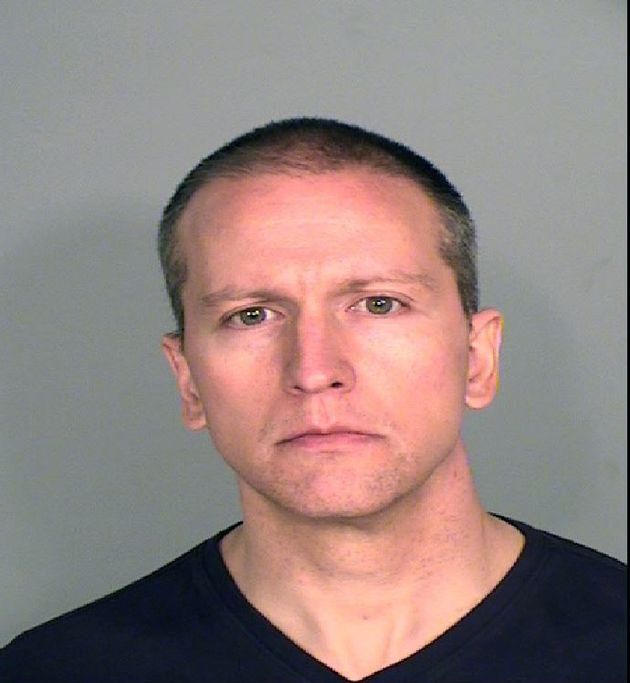 He said Floyd’s death had too many conflicting factors, some of which could be ruled homicide and some that could be considered accidental.

He said Floyd’s heart disease included high blood pressure and narrowing of the arteries and argued that Chauvin’s knee on Floyd was “nowhere close to his airway” and that Floyd’s speaking and groaning showed that his airway was still open. He also testified that Chauvin’s knee was not applied with enough pressure to cause any bruises or scrapes on Floyd’s neck or back.

The prosecution briefly recalled a lung and critical care expert to knock down a defence witness’s theory that carbon monoxide poisoning from a police car’s exhaust fumes might have contributed to Floyd’s death.

Dr Martin Tobin noted hospital tests that showed Floyd’s level was at most 2%, within the normal range. 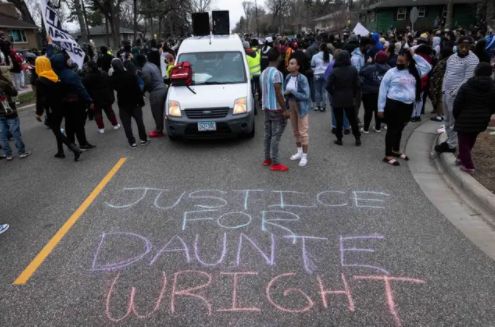 Chauvin’s lawyer Eric Nelson has claimed that the 19-year Minneapolis police veteran did what he was trained to do and that Floyd died because of his illegal drug use and underlying health problems.

Closing arguments will conclude on Monday and then the key issue for jurors to determine will be whether Chauvin caused Floyd’s death and whether his actions were reasonable. Any guilty verdict must be unanimous.

Under US law, there is more than one kind of murder charge. Chauvin has been charged with unintentional second- and third-degree murder, as well as manslaughter.

For the unintentional second-degree murder charge, prosecutors have to prove Chauvin’s conduct was a “substantial causal factor” in Floyd’s death, and that Chauvin was committing assault at the time.

For third-degree murder, they must prove that Chauvin’s actions caused Floyd’s death, and were reckless and without regard for human life.

What could it mean?​

As well as reinforcements at the courthouse, city and state leaders are determined to prevent a repeat of the protests that followed Floyd’s death, and National Guard troops have already been mobilised as the world awaits a verdict.

If Chauvin is convicted, it could lead to a nationwide reckoning on race.

Around 1,000 people are killed by police officers in the US a year. Data compiled by Philip M Stinson, a criminal justice professor at Bowling Green State University in Ohio found that since 2005, 121 officers have been arrested on charges of murder or manslaughter in on-duty killings. Of the 95 officers whose cases have concluded, 44 were convicted, but often on a lesser charge, he said.

If Chauvin is not convicted, CNN anchor Van Jones has warned: “It will be perceived as open season, telling police officers from coast to coast you can literally get away with murder in broad daylight.

“The system is on trial here. If this is considered legal conduct from a police officer, if you can do this in broad daylight and not go to jail...”

Some 63% of Americans surveyed in a Monmouth University Poll released this week said a not guilty verdict would be a step back for race relations in the country. Only 5% said it would be positive and 29% said it would not change matters as a whole.

Carolyn J Ruff, founder of the group Black Lives Matter Women of Faith, told the FT: “If we don’t get justice, America is going to be shut down.”

According to Mapping Police Violence, Black people were 28% of those killed by police in the US in 2020, despite making up only 13% of the population.

"Today brought it all back home for tens of millions of people," says CNN's Van Jones about the first day of Derek Chauvin's murder trial in the death of George Floyd. "If this is considered legal conduct from a police officer... it will be perceived as open season." pic.twitter.com/eqgjzMiJAw

Demonstrations against racism and police brutality are continuing across the US amid demands for police reform.

Earlier this month, the mayor of a city in Minnesota where a Black man was fatally shot during a traffic stop said the “city manager” – who controls the police department – had been fired.

Brooklyn Centre mayor Mike Elliott also said the city council had voted to give his office “command authority” over the police department.

The same month, the city council made headlines when it vowed to dismantle its police service – a pledge that has seemingly collapsed, though as recently as October there still appeared to be some agreement about replacing the force.

In Minnesota, a white former police officer is facing her first court appearance over the fatal shooting of a Black motorist in a suburb, an incident that ignited four straight days of bitter conflict between protesters and officers.

Kim Potter, 48, who quit her job on the Brooklyn Centre force two days after Daunte Wright’s death, has been charged with second-degree manslaughter in what her chief claimed was a case of confusing her Taser weapon with her handgun.

Many protesters and Wright’s family members have rejected this, saying either that they do not believe it or that the incident reflects bias in policing, with Wright ending up dead after being stopped over something as trivial as an expired car registration.

Potter, a 26-year veteran, was training another officer at the time of the stop. She was arrested and later freed after paying £72,000 in bail. 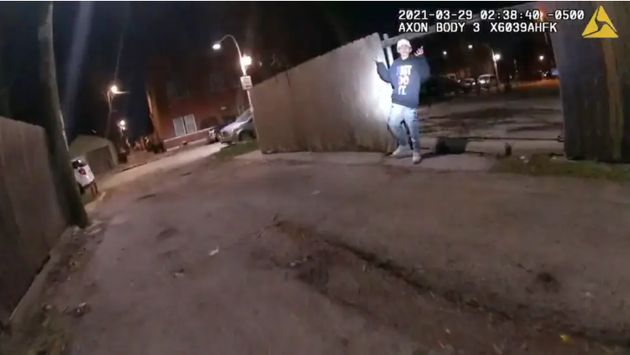 Meanwhile in Chicago, disturbing bodycam footage of a 13-year-old boy being shot dead by police shows the youth appearing to drop a handgun and raising his hands less than a second before an officer kills him.

A still frame taken from officer Eric Stillman’s camera shows that Adam Toledo was not holding anything and had his hands up when Stillman shot him once in the chest at about 3am on March 29.

Police, who were responding to reports of shots fired in the area, allege the boy had a handgun on him before the shooting.

Small groups of protesters gathered at a police station and marched on Thursday night.