Sex And The City Reboot And Just Like That...: Where To Watch And Everything Else We Can Tell You

Sex And The City – one of the most iconic TV shows of the 20th century – is set to return to our screens, but not quite as we know it.

Rather than a straight-up Sex And The City revival, most of the original cast are about to start work on And Just Like That..., an completely new show featuring characters from the original sitcom.

Since the announcement at the beginning of the year, fans have had a lot of questions about how it’s all going to work, and with filming set to begin in a matter of weeks, we felt it was time to round them up...

What exactly is this Sex And The City reboot, And Just Like That...?​

When it was first announced in January 2021, And Just Like That… was billed as a “new chapter” in the Sex And The City story, which originally spanned six series and two spin-off films.

The 10-part series will debut on the US streaming service HBO Max, and will follow three of the original four main characters as they “navigate friendship in their 50s”.

The news was confirmed in an Instagram post shared by all three members of the main cast:

HBO Max’s head of original content said at the time of the announcement: “I grew up with these characters, and I can’t wait to see how their story has evolved in this new chapter, with the honesty, poignancy, humour and the beloved city that has always defined them.”

Filming is set to begin in New York this spring, so we’re probably – as Carrie would say – only a “hop, skip and a few short weeks” away from the first pap shots of SJP and co on set.

Wait, did you say “three of the original four”?​

Yes, it’s been well-documented at this point that while Sarah Jessica Parker, Kristen Davis and Cynthia Nixon will all be reprising their iconic Sex And The City roles, Kim Cattrall will not be joining them as PR whizz and “gal about town”, Samantha Jones.

In recent years, Kim has made no secret of her lack of interest in a Sex And The City revival (or her feelings towards co-star Sarah Jessica Parker, for that matter), so the news wasn’t necessarily a surprise, but it was still disappointing for many fans.

Someone senior at HBO Max recently suggested that Samantha’s absence will be explained as her having simply drifted from the other three since the events of Sex And The City 2. 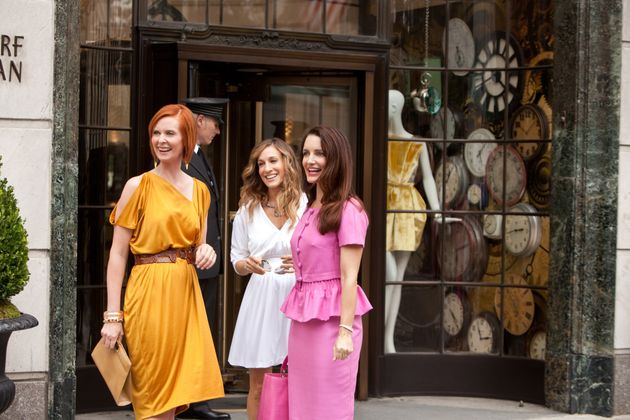 “Just as in real life, people come into your life and people leave. Friendships fade, and new friendships start,” he explained.

“So I think it is all very indicative of the real stages — the actual stages of life.”

He added: “They’re trying to tell an honest story about being a woman in her fifties in New York. So, it should all feel somewhat organic, and the friends that you have when you’re 30, you may not have when you’re 50.”

SJP insisted on Instagram that she’d never said she disliked Kim, writing: “Samantha isn’t part of this story. But she will always be part of us. No matter where we are or what we do... we will [miss her] too, we loved her so.” 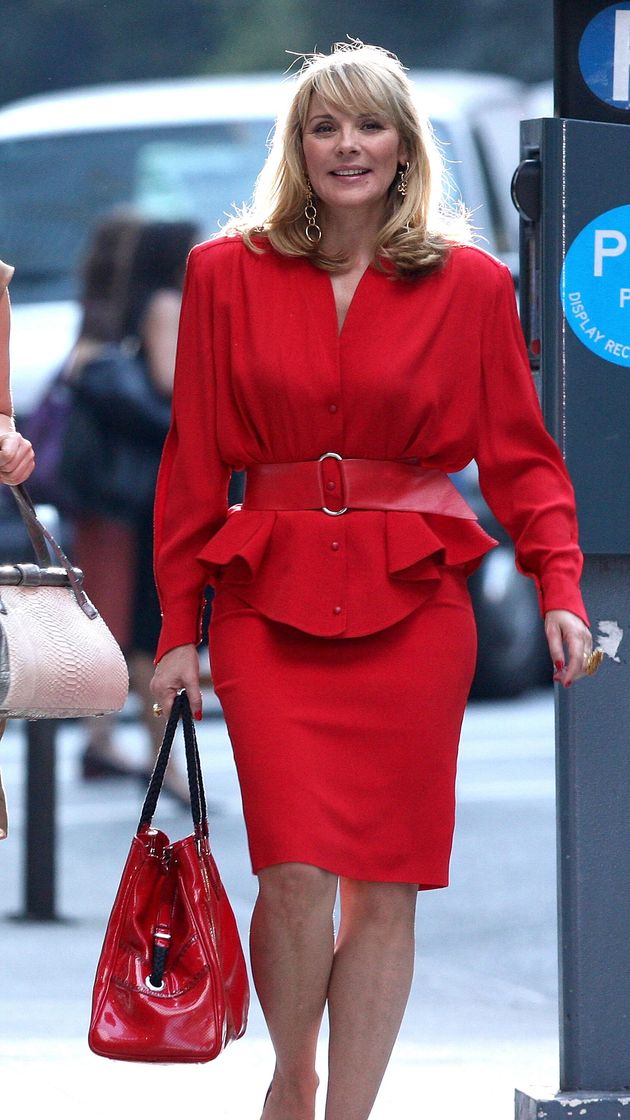 As well as the core three, several actors from past series of Sex And The City have teased they will be back for the reboot.

John Corbett has confirmed he’ll be playing Carrie’s ex Aidan Shaw in “quite a few episodes”, while Mr Big himself, Chris Noth, appeared to shoot down reports that he wouldn’t be back for the revival. 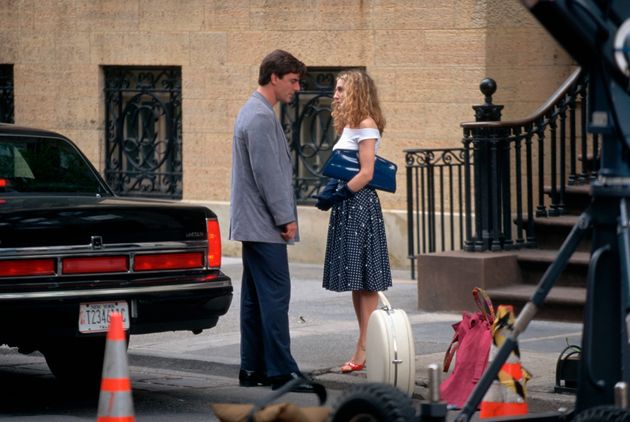 Meanwhile, David Eigenberg – who plays Miranda’s husband Steve Brady – recently admitted he wasn’t quite sure whether his character will be invited back for the series.

Oscar winner Jennifer Hudson played Carrie’s former assistant Louise in the first Sex And The City film, and has hinted that she’d be keen to reprise the role in And Just Like That... 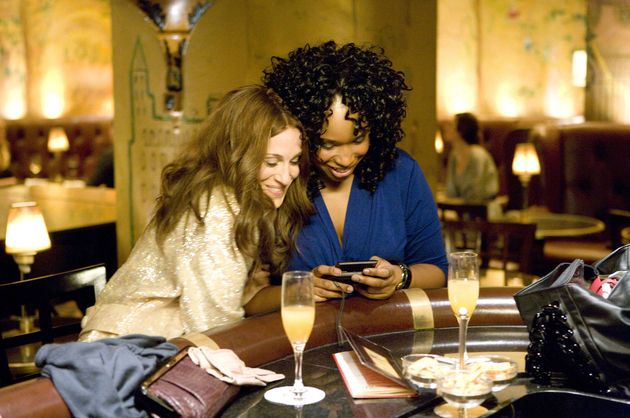 All we can say is... bring back the icon that was Susan Sharon!

Sadly, one character we won’t be seeing is Miranda’s long-time housekeeper and apparent childminder, Magda, as the actor who portrayed her, Lynn Cohen, died last year, at the age of 86.

Will there be new characters too?​

It certainly sounds that way. While Carrie’s friendship with Charlotte, Miranda, Samantha and Stanford were pivotal in Sex And The City’s first run, she was a popular person, with lesser-seen pals dotted all over the city.

SJP recently teased there’d be a new arrival in And Just Like That..., claiming: “It’s very possible that a great actress will join us, and she will have a huge impact and we’ll want to be with her more, the audience will want to see her more.” 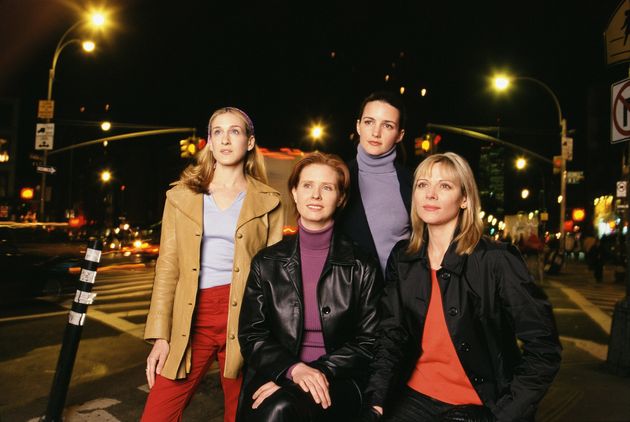 Intriguingly, it’s also been reported that Caitlyn Jenner was “in talks” about appearing in the show as a new character.

Is And Just Like That… going to mention the Covid-19 pandemic?​

Those hoping the SATC spin-off would be provide some glossy escapism are out of luck, as it sounds as though the pandemic will be referenced.

While admittedly we were hoping for something to take our mind off the real world, it makes sense that the Covid crisis would be mentioned in the show – they’re planning to film in New York in the spring, at a time when the pandemic is very much at the forefront of everyone’s minds.

Sarah Jessica told Vanity Fair earlier this year that “the pandemic would “obviously be part of the storyline, because that’s the city they live in”.

The Carrie Bradshaw actor also suggested the show would explore “how has [the pandemic] changed relationships once friends disappear?”. 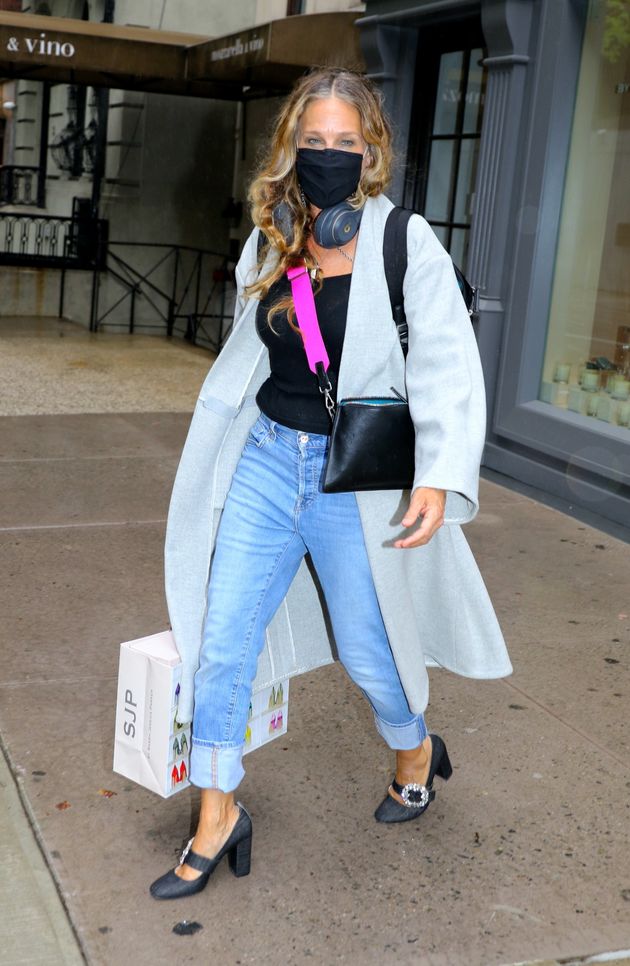 Why is the Sex And The City revival called And Just Like That…?​

The title And Just Like That... refers to one of the many catchphrases Carrie used to include in her columns in the original Sex And The City. 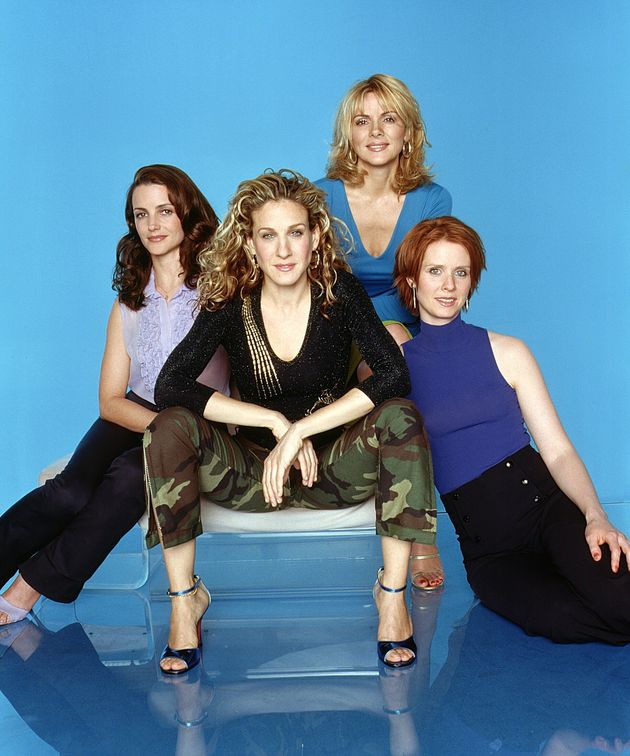 How were things left when we last caught up with the Sex And The City gang?​

We generally prefer to think that the second Sex And The City film didn’t happen, but as the new show will be picking up a few years later, it’s probably a good idea to jog our memory a bit.

Sex And The City 2 saw Carrie flying out to Abu Dhabi with the girls, after growing a little bored of the routine in her marriage to Mr Big. While there, she was surprised to bump into her ex-boyfriend Aidan, who she kissed during a night out, only to run off as only Carrie can truly pull off. 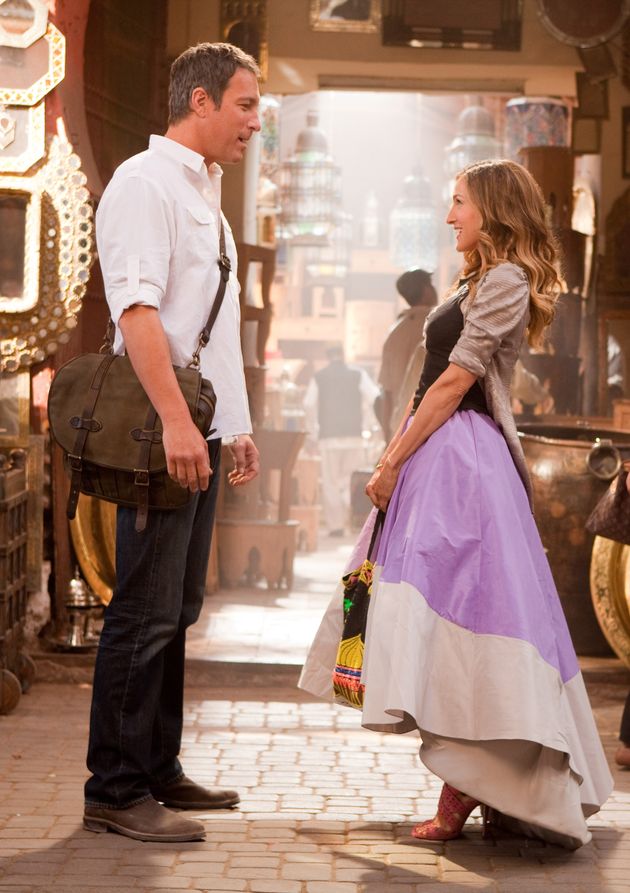 Back in New York, Big forgave Carrie for her indiscretion, but only if she vowed not to kiss any more of her ex-boyfriends (which wasn’t really asking too much, to be fair).

Miranda’s storyline saw her growing tired of being disrespected at work, packing the whole thing in and discovering her more fun side in Abu Dhabi (which included forcing her mates into doing karaoke with her and shouting “Abu Dhabi do” out of a car window in a scene that still sends a shiver down our spine, to be honest). 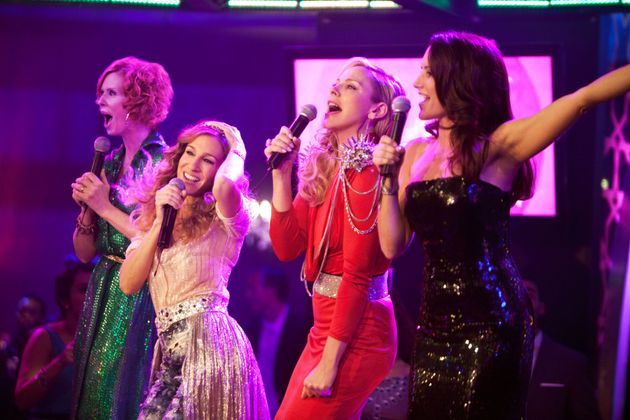 When the holiday was over, it was revealed that Miranda had found herself a new job where she was treated with the respect that the character truly deserved.

As for Charlotte, she was struggling as a mum of two, and at the end of the film, it was revealed she’d taken to using Carrie’s old apartment when she needed an hour or two to herself.

And, of course, who could forget that Sex And The City 2 opened with Stanford and Anthony tying the knot in a ceremony officiated by Liza Minnelli (“whenever there’s this much gay energy in a room, Liza manifests”), who rounded off the ceremony with a fever dream-esque rendition of Single Ladies


Most importantly, when and where can we watch And Just Like That...?​

Exact start dates are yet to be revealed, but we know that And Just Like That... starts filming in “late spring” and will be exclusive to the streaming service HBO Max in the US.

Here in the UK, HBO originals tend to make their way onto Sky Atlantic and NOW (where all six series of Sex And The City are currently available to stream), although it’s yet to be confirmed whether this will be the case for And Just Like That...